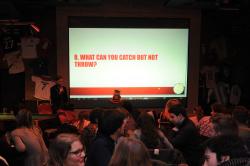 On the 7 th of February ESN Vilnius University and Erasmus students gathered to check their knowledge in OW “Pub Quiz”. The bar where event took a place was filled with young and inquisitive people from all around the world who came there to have fun and spend the Saturday evening with their new colleagues and friends in more challenging way.

Teams were grouped by organizers, so at beginning of the event participants had some time to get to know their teammates and when clock struck 7.30 pm the battle of knowledge began. Altogether there were five rounds. The first one was called “Worldwide” and it contained questions from various fields: music, animation, professions and others. The second round was a real challenge to Erasmus students, because it only concluded questions about Lithuania and organizers asked all Lithuanian participants to leave their tables for this round. At first all the students looked a bit confused and frustrated, but when the round started everyone had their smiles back on their faces. It seemed that the hardest questions about Lithuania were to name Lithuania’s currency before the 2015 and to name features of a typical Lithuanian girl. Round Nr.3 had a lot of tricked questions and checked how good participants are at logics. After a short break, in the fourth round international teams of the “Quiz Pub” had to choose their team captains, because in this round they had to defend their teams honor only with their knowledge. Captains had to answer questions about other countries, popular TV series and others. After the “captains battle” the last final round, which was called “Have you seen it”, came. Participants had to recognize actors, popular theme songs and movies from their posters.

When all rounds were over the most intense part for the participants was left – counting the scores of each team. You were even able to see those nervous looks and little sweat drops on students faces! After few minutes the organizational team of ESN Vilnius University announced three international teams who took prize – winning places. Winners of the third place were rewarded with vivacious Lithuanian themed socks each, winners of the second place were rewarded with handmade clay mugs and the first place winner were awarded with an impressive traditional Lithuanian cake “Šakotis” and “Crazy Bull” discount cards.

All in all, after the “Pub Quiz” everyone felt happy and charged with good energy. All the students felt grateful for an amazing event and sent a big and warm “THANK YOU” to organizers. 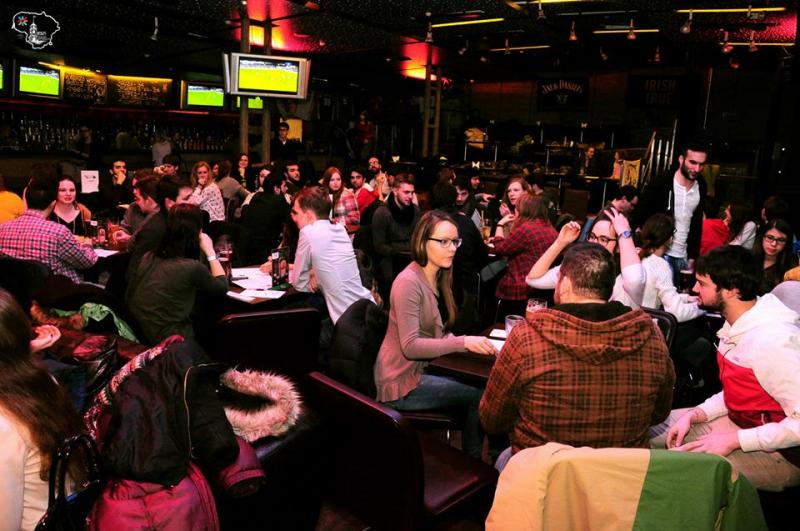 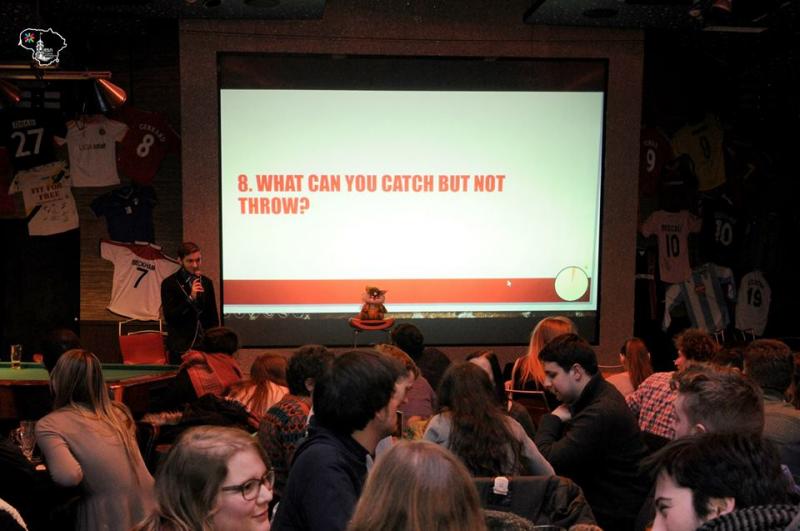 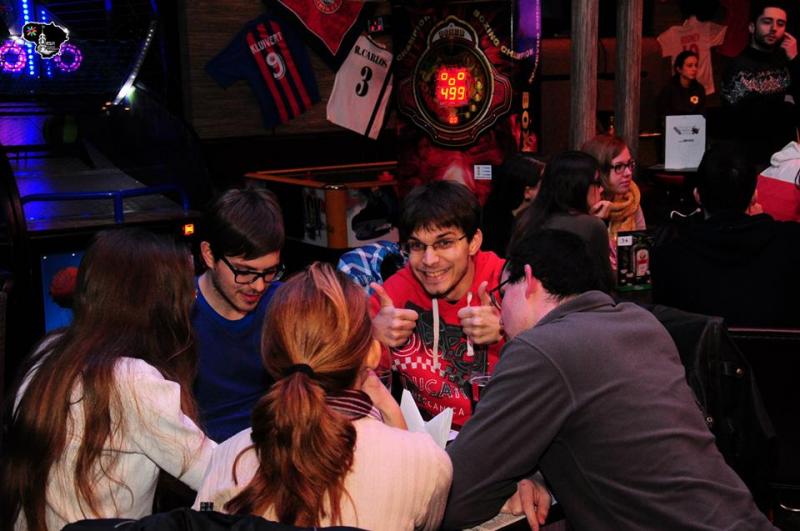