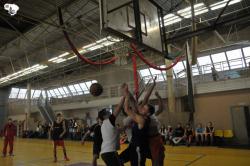 Saturday was a big day for basketball lovers. Four teams consisting of people of various nationalities (Spanish, French, Portuguese, Lithuanian and others) competed for the first place in the ESN Vilnius University organized basketball tournament. Each game was 10 minutes long and players could score either 1 or 2 points. To secure the fair play, the referee was present in all games.

First stage of the tournament was teams playing with each other – “France”, “Soju drinkers” and “Yellow Green Red” got one victory each, whereas team “Gintarė’s lovers” were the ultimate winners of the first round by winning all three games. After the points of the bottom three teams were counted, it became clear that team “France” will play against all-Lithuanian team “Yellow Green Red” for the third place, while “Soju drinkers” and “Gintarė’s lovers” will be playing for the winners’ title.

Surprisingly or not, team “Yellow Green Red” stand no chance against last semester’s basketball tournament champions, team “France”, while they earned a convincing victory and became the 3 rd place holders. The match for the 1 st place, however, proved to be more interesting as “Soju drinkers” posed a considerable threat to “Gintarė’s lovers”. Nevertheless, that was not enough and the international team of both Spanish and Lithuanian students won the tournament, leaving “Soju drinkers” in the 2 nd place.

Award ceremony took place shortly after the tournament, with players and their supporters exchanging opinions about the game, taking photos, analysing the tactics and, of course, receiving prizes. There is no doubt that everyone had fun and basketball once again brought everyone together. 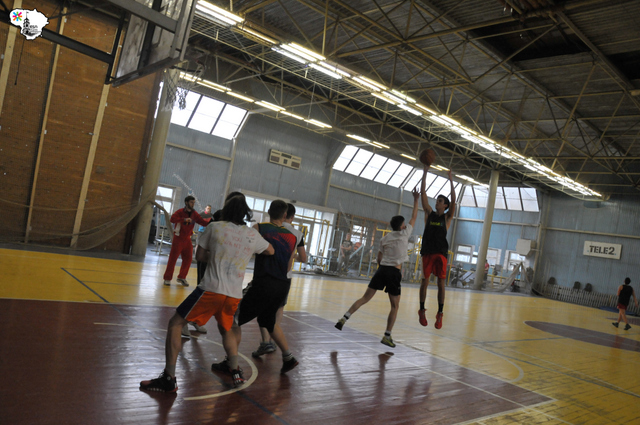 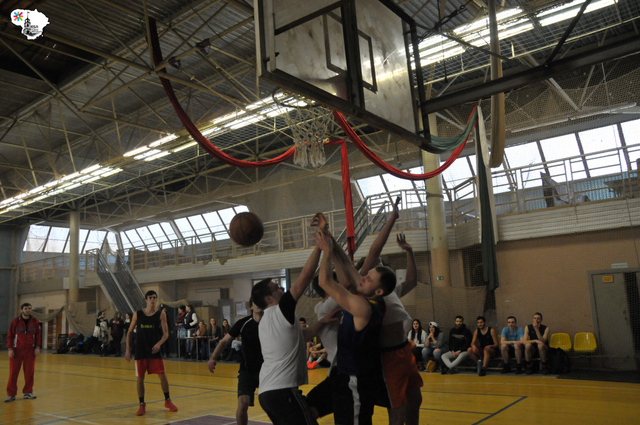 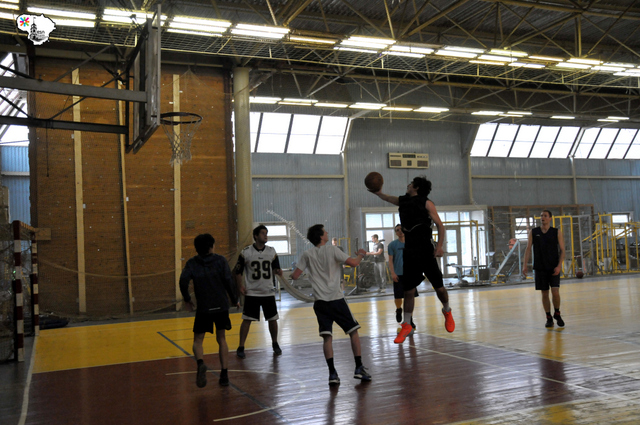 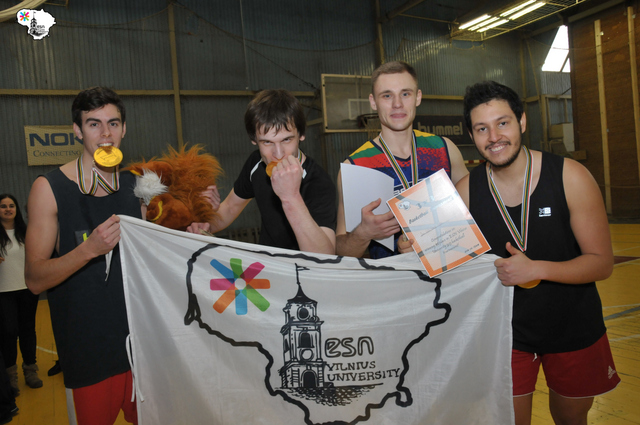 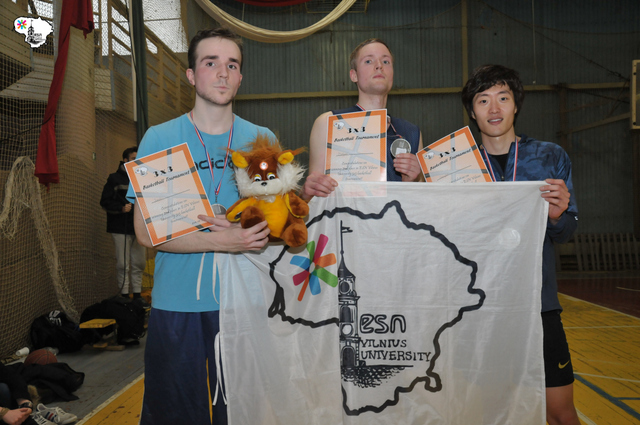